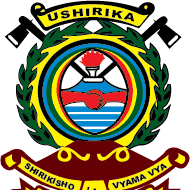 About us
Tanzania Federation of Co-operatives Ltd; is the national cooperative Umbrella Organization that promotes, serves and coordinates the work of cooperative societies in mainland Tanzania. (Cooperatives are voluntary organizations, open to all persons able to use their services and willing to accept the responsibilities of membership, without gender, social, racial, political or religious discrimination. ICA Statement of Identity, 1995). TFC is an autonomous, non– governmental and non– partisan body that is member owned and managed in the spirit of internationally recognized co-operative principles and values.