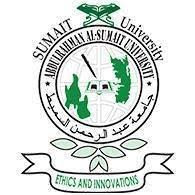 About University
The Abdulrahman Al-Sumait Memorial University (SUMAIT University) was built on the foundation of the former University College of Education Zanzibar (UCEZ) established in 1998 by a charity organization, Kuwait based Africa Muslims Agency (AMA/Direct Aid) founded in 1981.
Thus, the University is the product of its founder, Dr. Abdulrahman Hamoud Al-Sumait (1947-2013), an accomplished physician, philanthropist, educator, researcher, author, pioneer and AMA founding member from whom the university bears its name.


The University is located at Chukwani, on the Island of Zanzibar in the United Republic of Tanzania about 5.5 kilometres from the seaport of the old Stone Town, 2.5 kilometres from Abeid Karume International Airport and just 150 metres away from the west coast of the Indian Ocean.
The University occupies an area of 120,000 square metres granted by the Revolutionary Government of Zanzibar. It is charmed by beautiful green scenery of exotic trees and fragrance of blooming flowers. SUMAIT University was approved as a private University by Tanzania Commission for Universities (TCU) on 14th May 2014 at its 63rd Meeting held on 27th March, 2014.


According to the TCU rules, all registered students prior to the award of university upgrading status continued to graduate at the Khartoum based International University of Africa. Students who registered during the 2014/2015 academic year will graduate from SUMAIT University beginning 2017.
Also Read:

The University is proud of its national and internationally recruited academic staff with student population a mixture of international breeding from Tanzania and Africa at large. It is indeed conspicuous that the University vision, mission and objectives are towards global competitiveness; thus placing itself in optimistic horizon and propels towards academic excellence. We welcome all students from Tanzania and abroad to SUMAIT University to develop professional carrier and enjoy the peaceful value based environment.